IBPS Cut-Off for Clerk 2020 is released after the prelims exam result, which was held on 05th and 12th December 2020. The IBPS Clerk result will be released in the 4th week of January 2021 tentatively. Candidates can check the cut-off after the official release on the website. Check IBPS Clerk previous year Cut off below.

IBPS releases cut-off marks for the IBPS Clerk exam with the result of the exam. The cut-off is released after the result of that stage officially on its official website. IBPS releases both category wise (General, SC, ST, OBC, PwD, EWS) and the state-wise cutoff. The IBPS Clerk Prelims Exam 2020 was of easy to moderate level on the first day and in all shifts. The cut-off will be updated here after the result.

The cut-off list is prepared by keeping the following points into consideration, which are as follows: 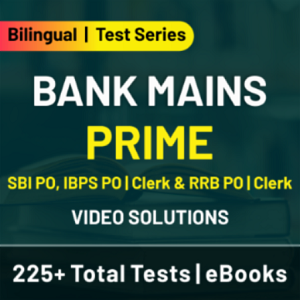 Previous year cut-offs are a guide to the candidates that give them an idea regarding the expected increase or decrease. As per the IBPS trend, the students can predict the variation in the current/ expected cut off.
Thus, the expected cut-off that is cut off for the year 2020 can be predicted from the previous year’s data.

The candidates who successfully clear the prelims exam as per the cut-off list are eligible to sit in the Mains Exam. The IBPS Clerk Mains Cut Off for the General Category is given below.

As per the analysis of the exam, the overall level of the exam was easy to moderate. However, considering the factors such as competition, candidates who attended the exam & also the last year’s minimum qualifying marks.
Check State Wise Cut off for the Prelims Exam.

Previous year cut-offs are a guide to the candidates that give them an idea regarding the expected increase or decrease. As per the IBPS trend, the students can predict the variation in the expected cut-off.